JUST A FEW OF OUR CLIENT’S REVIEWS

Steve Smucker, Esq.  Attorney at Law in Portland, has helped people and their families get back on their feet after life-changing injuries and disabilities caused by a car, truck or a motorcycle accident or victims of assault or battery. With over twenty-five years experience, Mr. Smucker has represented countless clients.

We provide the best possible services to our clients.  Find out more about why our clients give us 5-star reviews. 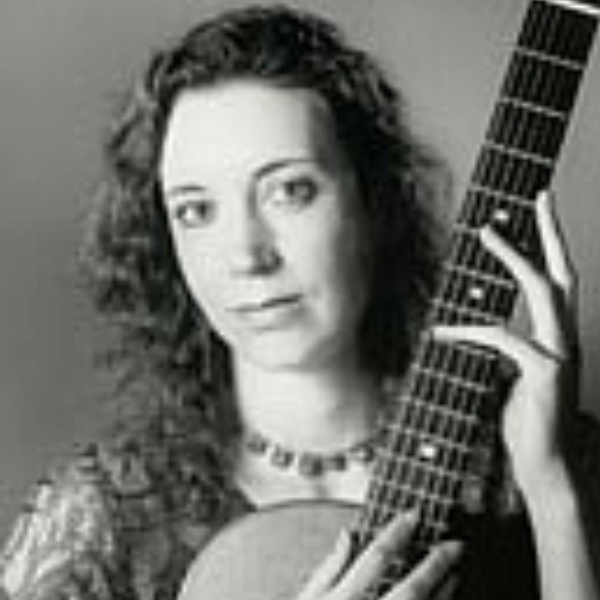 “I felt Steve really cared about me as a human being,” recalls Margaret Slovak. “I talked to other attorneys who seemed more concerned about the financial aspect. Steve genuinely wanted to help me. My case was rather complex but he made me feel like he wouldn’t walk away and leave me stranded. I’ve already recommended him to friends.”

When Margaret Slovak’s stopped car was rear ended, the collision and resulting injuries threatened her life as a professional musician. For Slovak, playing guitar and composing music is more than making a living, it’s who she is. On January 6, 2003, she was on her way home from a doctor’s appointment when the collision occurred.

Slovak had been seeking treatment for pain and tightness in her neck and back. The force of the collision threw her right shoulder, arm and hand forward, her hand hitting against the steering wheel. For some time, her injuries from the collision forced her to stop playing guitar.

She gradually returned to playing though with a great deal of difficulty and pain. Steve Smucker’s job representing her was complicated by the pre-existing neck and back discomfort. However, he negotiated a settlement large enough to pay for her medical bills and many of the debts that had piled up while Slovak was unable to perform. You can learn more about Slovak and her music at www.margaretslovak.com. 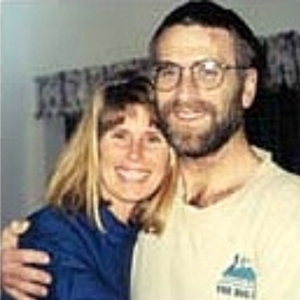 “Steve educated, coached and prepared us intellectually and emotionally,” Jon says, “to minimize our anxiety with all the legal procedures and protocols. This helped instill in us a confidence to participate in the civil justice system. Steve kept us inspired and our spirits alive. This helped motivate us to continue to live life to its fullest. We were satisfied with the outcome of our case — we won!”

On the morning of December 20, 2001, Bend photographer Jon Gnass and his wife Karen were jogging south in the bike lane on Purcell Road near its intersection with Butler Market Road. A construction truck was heading north on Purcell with an unsecured 12-foot length of 2 x 8 lumber sticking out of the right side of his truck. As the truck passed the two joggers, the board struck Jon in the throat, knocking him backwards to the pavement where he struck his head. Gnass was in a coma for about a week and has no memory of what happened.

As a result of the collision with the unsecured board, Gnass suffered a traumatic brain injury.

Jon and Karen are devoted long distance runners. When Jon was injured they contacted Steve Smucker because they knew of him through running circles.

Smucker produced a compelling mini-documentary to tell Jon and Karen’s story for the Gnass mediation conference.

The mediation was successful and the Deschutes County judge who presided over the session said the resulting settlement was the largest he had seen in that county for a personal injury. The settlement is helping Jon and Karen adjust to the changes in their lives that are the result of Jon’s brain injury. You can find out about Jon’s photography at www.gnassphotoimages.com. 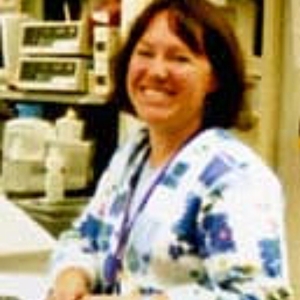 “Steve did an excellent job,” Sarah Proudman says of her attorney. “He will go the extra mile to represent you. He was diligent and left no stone unturned in preparing for trial. Nothing deterred him. Most of all, I was impressed with his listening skills. Over the three years we worked with Steve, he seemed to remember the tiniest details from almost every meeting. He retains a lot of information.

I would easily recommend him to someone who needs an attorney. He’s a good guy.”

Sarah Proudman contacted PortlandLawyer.com and Steve Smucker following her involvement in an automobile accident on February 15, 2000 in North Portland. The driver who hit Proudman was clearly in the wrong — he’d been driving the wrong way on a one way street when his car collided with hers. As a result of the accident, Proudman suffered ruptured discs in her back, torn muscles in her neck, shoulders and buttocks, and severe headaches.

Because of the pain, she quit her job as a nurse and took a desk job. Her medical expenses amounted to several thousand dollars. The other driver’s insurance company offered a settlement of $12,000 — an amount based on figures from the insurance company’s own computer model. Smucker prepared the case for trial in Multnomah County Circuit Court. On March 27, 2003 after a three day trial, the jury awarded Proudman $52,000. 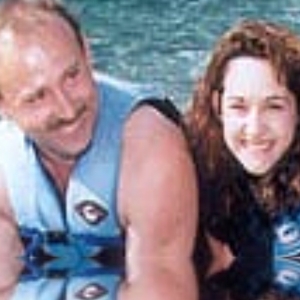 “Steve is very talented,” states John Deason.”We felt he respected us as individuals. He let us make the decisions. We had great communication with him. He emailed us every day and he and I spoke on the phone at least once a week. I would refer him to anyone.”

John Deason was parked on Portland’s SE Foster Road on August 31, 2000, when a dump truck belonging to Loren Obrist Excavating, Inc. plowed into his car. The collision caused severe injuries to Deason’s back. He suffered a ruptured disk, which had to be surgically repaired — a metal plate was placed in his neck. Initial medical costs were in excess of $40,000. Smucker went to work on Deason’s behalf in Multnomah County Circuit Court.

When the construction company’s insurance representative failed to respond, Smucker obtained a $1.5 million judgement on his client’s behalf. Eventually the insurance company came to the table. On March 20, 2003, Deason agreed to a reduction of the judgement and a $250,000 settlement. 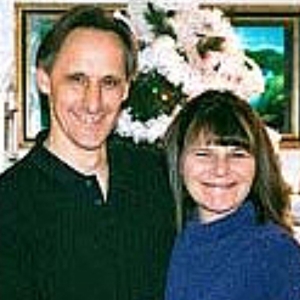 “I loved working with Steve,” Jamie Gibb says. “We developed a personal relationship — a friendship. I always felt he was in it for me — for what I wanted. He was quick to answer phone calls and emails. He demonstrated he sincerely cared about us. I really appreciated Steve’s constant support and guidance. I tell everyone who needs an attorney to call Steve.”

On January 26, 1999, Jamie Gibb was driving in Hillsboro, Oregon, on 185th Avenue at its intersection with Baseline Road. Another driver ran a red light and drove into Gibb’s Jeep. The impact lifted the Jeep into the air and carried it across three lanes of traffic where it landed on a parked donut truck. Gibb suffered a brain concusion, broken ribs and a broken nose. The injury to her head caused post-concussion syndrome, including loss of concentration, memory and balance.

“The injuries had a huge impact on my life,” Gibb recalls. “For months, I couldn’t go outside without sunglasses and most the time I also had to wear sunglasses inside. I became sound intolerant as well. I had a constant array of migraine headaches.”

Gibb’s head inury was so severe she was unable to continue her job as a bus driver. Though her fellow workers helped create a job for her in the bus garage, she eventually became unemployed as a result of the accident. Because the negligent driver was uninsured, Gibb had to go to her own carrier for compensation.

When the insurance company balked, Smucker prepared Gibb’s case for trial in Washington County Circuit Court. One week before the scheduled trial date, Smucker helped negotiate a settlement for his client of $100,000, the maximum limit of the insurance policy. 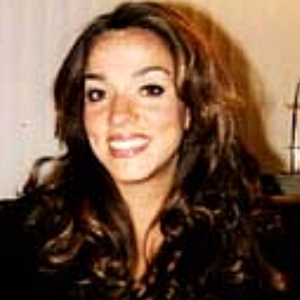 “He believed in me,” Jennifer Camelio recalls of attorney Steve Smucker. “Most other attorneys I think would have quit the case, but Steve took a chance and he fought for me.”

Jennifer Camelio was riding as a passenger on July 18, 1996, when the car she was in was rearended by another vehicle. Camelio suffered injuries to her neck and back in the accident. The insurance company for the negligent driver refused to pay her claim — they took the position there was nothing wrong with her.

She selected Smucker as her attorney from seeing his ad in the Yellow Pages. It turned out to be a good choice.

When the case went before a jury, Camelio says Smucker showed a great deal of emotion in court and brought jurors around to her side. Attorneys for the insurance company showed jurors photos of the car Camelio was riding in — looking undamaged. They used that photo and testimony of doctors to try and prove Camelio had not suffered any injuries in the accident, that any medical problems were the result of some “previous infirmity.” Smucker explained to the jury that his client was 21 years old and had previously been in perfect health. Jurors became outraged at the defense attorneys’ tactics. They awarded Camelio $80,000 in damages. The final settlement offer from the insurance company had been $10,000. 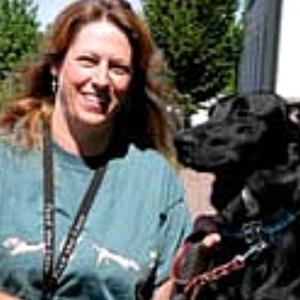 “With Steve as my attorney“, says Lori Kirby, “I felt he was extremely well prepared for the trial, so much so that it made me be able to relax, feel confident enough to be able to voice my side of the case. He let me make the decisions.

He guided me but he left everything entirely up to me so I felt extremely comfortable throughout the case.”

Lori Kirby was driving her mini-van on North Killingsworth in Portland when the driver of a pickup truck ran a red light, smashing into the mini-van. The crash broke Kirby’s left arm. She suffered a permanent limitation in the range of motion for her left thumb and wrist. A permanent metal plate and screws were put in her arm to aid in healing of the arm.

The other driver’s insurance company offered a settlement of $30,000 — using a computer model to determine what Kirby’s arm was worth.

Smucker took the case to trial on December 17, 2002. While on one of his regular daily workout runs, he had been pondering how to best describe the severity of his client’s fracture to a jury. He spied a dry tree branch in the trail. He picked up the stick and took it to his office.

At a dramatic moment in the trial, Smucker broke the branch in front of the jury. In the quiet courtroom, the dry piece of wood yielded a loud “crack.” The simple demonstration seemed to work. The jurors awarded Kirby $90,000.

Following the accident, Kirby returned to her job at the Oregon Humane Society where she works with the dogs and trains Society volunteers.